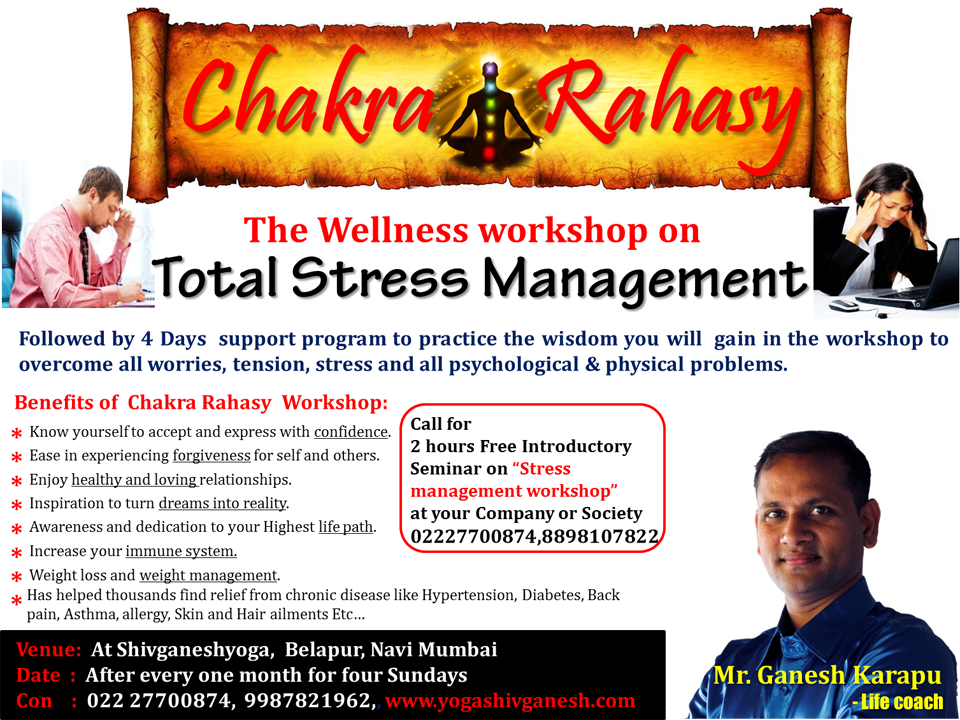 CHAKRA RAHASYA The Secret Behind The Chakras

CHAKRA RAHASYA The Secret Behind The Chakras

Chakra is a Sanskrit word meaning wheel or Disk, and it refers to each of the seven energy centers of which our consciousness, our energy system, is composed.

These energy centers or chakras function as pumps, regulating the flow of energy through our energy system. The functioning of the chakras reflects decisions we make concerning how we choose to respond to conditions in our life. We open and close these valves when we decide what to think, and what to feel, and through which perceptual filter we choose to experience the world around us.

The symptom speaks a language that reflects the idea that we each create our reality, and the metaphoric significance of the symptom becomes apparent when the symptom is described from that point of view. Thus, rather than saying, “I can’t see,” the person would describe it as keeping themselves from seeing something. “I can’t walk,” means the person has been keeping themselves from walking away from a situation in which they are unhappy. And so on.

The symptom served to communicate to the person through their body what they had been doing to themselves in their consciousness. When the person changes something about their way of being, getting the message communicated by the symptom, the symptom has no further reason for being, and it can be released, according to whatever the person allows themselves to believe is possible.

When someone makes a wrong decision that leaves them with stress, creating a blockage in the energy field with a sufficient degree of intensity, this creates a symptom on the physical level. The symptom speaks a certain language, which reflects the idea that we each create our own reality. When the symptom is described from that point of view, the metaphoric significance of the symptom becomes clear. Thus, instead of saying, “I can’t see,” the person would have to say, “I have been keeping myself from seeing something.” If they cannot walk, they would have to say, “I have been keeping myself from walking away from something.” And so on. We must understand that there are no accidents and no coincidences. Things do happen according to a pattern and order 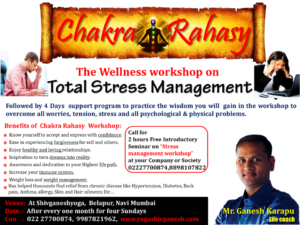 WHY YOGA IS NEEDED AT YOUR OFFICE

Get all latest content delivered to your email a few times a month.

In this workshop we work on body and mind. Here we practice different Yogic shuddhkriyas such as Jalneti, Rubber Neti, Vaman Dauti, Prandhara, Shankhprakshalana, Asanas, Pranayama etc. Through these kriyas we remove all toxin, from our body that was there for long years. During these programs one undergoes a complete cleansing process of one’s body like a vehicle which after servicing appears like a new branded one. Along with this, the learners are taught the power of 7 Chakras in Human life. Meditation is also taught where the learners learn the technique of Chakra Healing. After completing three days training people experience rebirth. It has been observed that during these 3 days people have reduced their weights from 3 kgs to 5 kgs.